I have long believed, and still do, that if you have the three items mentioned in this title – a workman’s jumper suit, a nondescript panel van, and a single orange traffic cone, you can get away with just about anything.

With these 3 things I can take over the world – and so can you!

Think about it. The official government seal of the “Department of Redundancy Department” the jump suit, the hardhat, the traffic cone, why you could help yourself to just about any of a cities infrastructure without anyone taking notice. When was the last time you paid any attention to someone working on traffic lights or putting up spy cameras, or NSA cellphone snooping devices?

Think I’m kidding about those snooper devices? Check this out – in Seattle, they have peppered the city with little boxes like this which are part of the “Aruba Mesh Network” which allows them to collect all of your non-encrypted phone calls and texts… (well, it collects your encrypted ones too, but if you did your homework, they wont be able to see/hear those…). 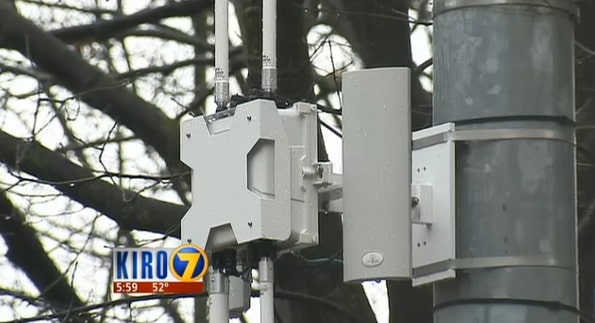 So lets say you are a curious individual who wants to know what your government is up to these days… You get the aforementioned Van, jumpsuit and hard-hat, and don’t forget the traffic cone! You may want to throw in a clipboard for good measure.  Then you go visit one of these nodes.  Take it apart and see how it works. Load it with some new software that keeps tabs on those who are keeping tabs on you. Be advised, that you are treading on dangerous waters here – you don’t want to end up like Edward Snowden unless you know what you are getting into…

Think about the implications…