Have you ever wondered about old tech? Let me explain.  Did you know that about the time that the transistor started taking the place of tubes (or “valves” if you are of European persuasion) that electron tube technology had progressed to the point of creating tiny tubes the same size as discrete transistors?

Now that is a tiny tube!

Eventually as transistors became more inexpensive to make, and more capable, the tube faded – but then it got re-invigorate as audiophiles (and Heavy Metal Guitarists) realized that transistors just could not reproduce the warm sounds of the tube in their amplifiers. Hence even today the best and most expensive amplifiers employ tubes.

There have been many technologies like this that have been all but forgotten, left to rot on the ash-heap of history.

But have you ever considered that those technologies may not have given us all they had to give? Is it possible there are anomalies and other design considerations of an old technology that were never considered at the time, and now lie waiting like some missed vein of gold in an abandoned gold mine?

That makes me want to look all the more… and while we are on the topic of electron tubes (or valves) let us go to one of the fathers of the electron tube Philo Taylor Farnsworth. This man developed an amazing array of devices including the very first completely electronic Television and Camera. The funny thing is, most people have never heard of him. Much like Nikola Tesla, while almost single-handed developed an entire new technological arena, he got barely any credit for his inventions.

But one of his most interesting, and mysteriously, his most under-appreciated invention was the Farnsworth–Hirsch fusor, employing inertial electrostatic confinement. In other words along with television, this man created the first sustainable fusion reaction in a device that many high-school science fair participants have recreated! 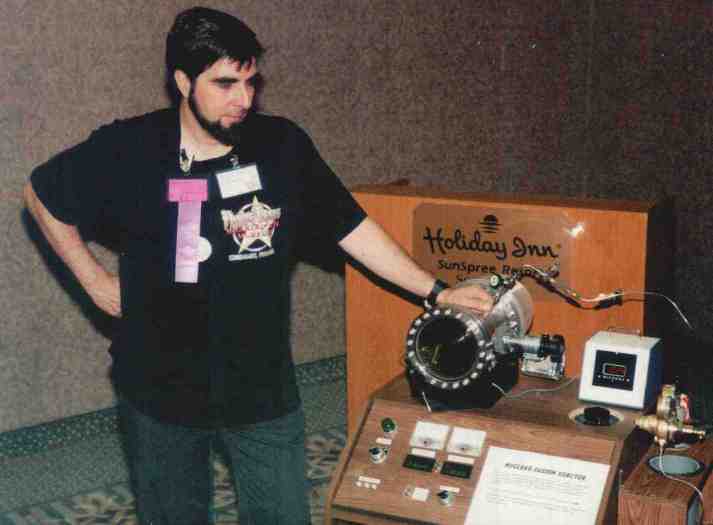 High School Science Fair. Not sure how old that high school student is… Then again, maybe Neutrons increase beard growth?

I may at some point try my hand at a Fusor – but even the basic ones need a pretty good vacuum – even my little vacuum pump is nowhere near what is required for one of these! Still, a fusion reaction in my workshop… now that would be something, but I digress.

The point of this post is to think about technologies that are “repressed” not necessarily by big government or big corporations (although I am sure that occurs) but by “history” and neglect.

As I think of new ones I will add to this post. For now, check out this interesting link on the Farnsworth Fusor. (note, the document appears to have been scanned and contains many spelling and format errors, but it is worth the read!)